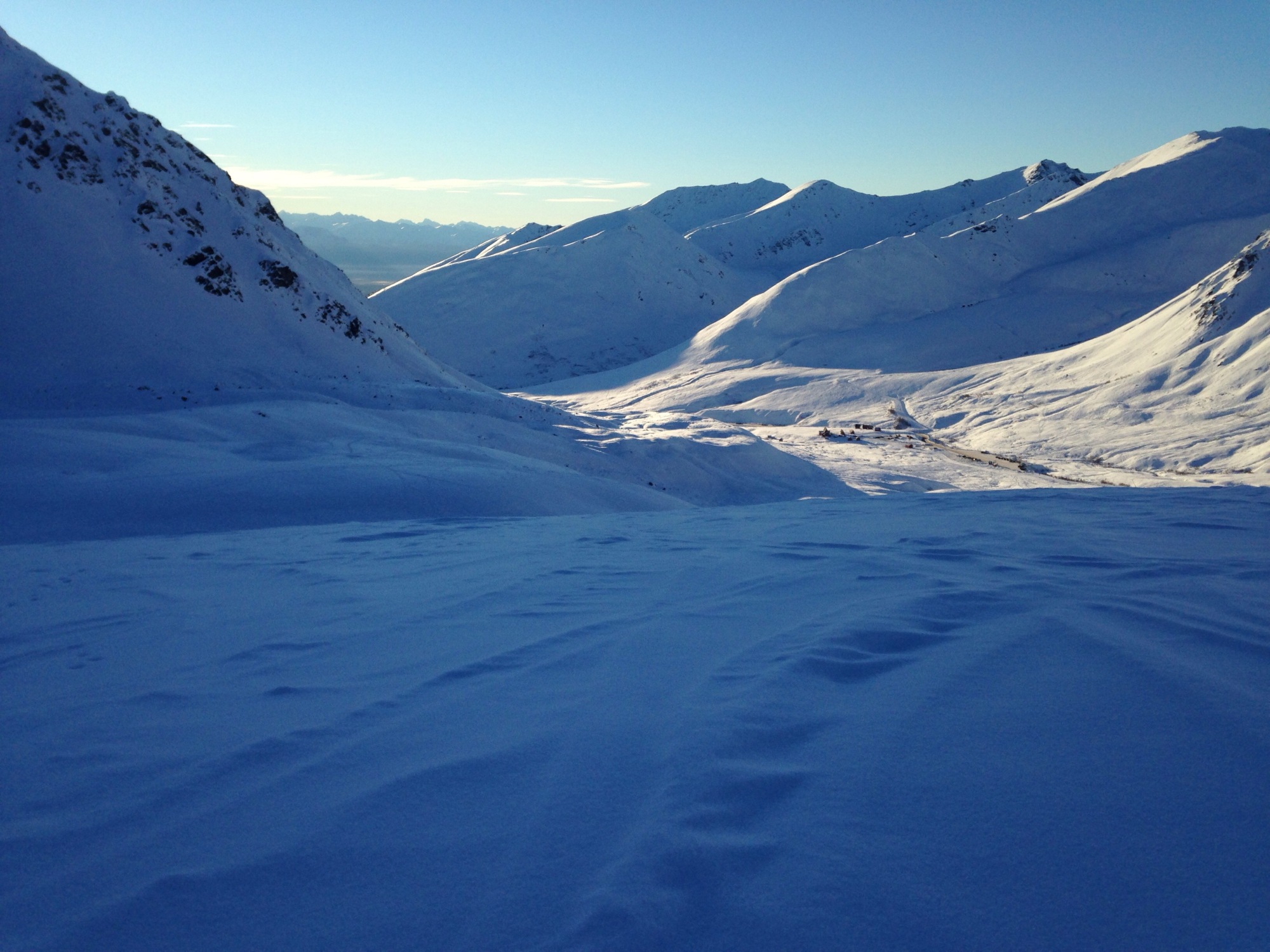 What would it feel like to grow up in a place you could only get to by flying?  Or sledding over frozen rivers and snowfields before Breakup turned the landscape into a chaotic slush of water and debris, followed by a summer of catching fish, drying fish, cooking fish and smoking fish?  What is it like to live in a place ringing with the kind of isolation that can drive you crazy with loneliness or capture your soul and makes you want to stay for the silence and the connection to the cycles of the seasons?   When I first decided to find work in Alaska, I sat at a computer and browsed the listings of village teaching jobs.  Yukon Flats.  Unalakleet.  Kotzebue.   Everyone I spoke with reasoned against it and had pocketfulls of stories about how no teacher lasted long, what with the depression, anxiety, vandalism and addictions rampant in village culture.  Perhaps it is a dominant feature, but I was still curious about the rest of the story.

While hiking, I had shared my curiosity about Alaskan village culture with a fellow teacher.  What is it like to live in a Native Alaskan community only accessible by bush plane, dog sled and snowmachine?  The first book he recommended to me was Ordinary Wolves by Seth Kantner, which I have been reading over the past week.

The book relates the narrator’s experiences growing up as a white child, the son of a musher, hunter and trapper, among the Inupiaq community of rural Alaska.  The story starts when he’s five and progresses through unforgettable moments from his childhood and early adult life.  Many of the place names and people are fictional, but the story is based on the author’s own experiences.  In the second half of the book, the protagonist moves from the bush to Anchorage.  The bizarre ironies and surprising imagery pull me back into the novel to see both the familiar and unfamiliar parts of Alaska from his point of view.  Despite his abilities as a hunter and his experiences in extreme survival situations, he’s emotionally vulnerable, full of self-doubt and an overwhelming desire to be accepted and loved.  The novel contains numerous Inupiaq words and a glossary to help the reader decipher them.   I’ve made a recording of the prologue, the first, sixth and fifteenth chapters to whet your appetite.

I had trouble pronouncing the Inupiaq words in the recording, so please bear with my errors.  As I come to the end of the book, I wonder how it has been received among the Alaskan Native people. Do they find it myopic that a white author, even if he grew up in the bush, would focus on the discrimination and assault he experienced from the Eskimos–as he refers to them?  Do they find this term and other depictions of village life offensive?  I wonder if it’s being read in colleges or high schools up here, having been published in 2004.  When I checked it out, there were about a dozen or so copies scattered throughout the branch libraries, and most were unavailable.

Seth Kantner has also written another novel, Shopping for Porcupine.  He wrote a column for the Alaska Dispatch News for a while and has since moved on to writing about climate change, along with tending to a rural Alaskan lifestyle.  Both books were strongly recommended to me as must-reads if I wanted to try to answer some of the questions I had about the other Alaska, outside the road system and off the grid.

Notes on the photographs:  The header image is a photo I took in Hatcher Pass, January 2015.  The audio file image is a close-up of ice extrusions I found while hiking near Turnagain Arm sometime last winter.  They are formed when the freezing temperatures send straws of ice through soft mud, which surface briefly before melting in the sun or being crushed underfoot.  They are one of my favorite natural phenomena in the wintertime because they are so delicate and have interesting patterns.