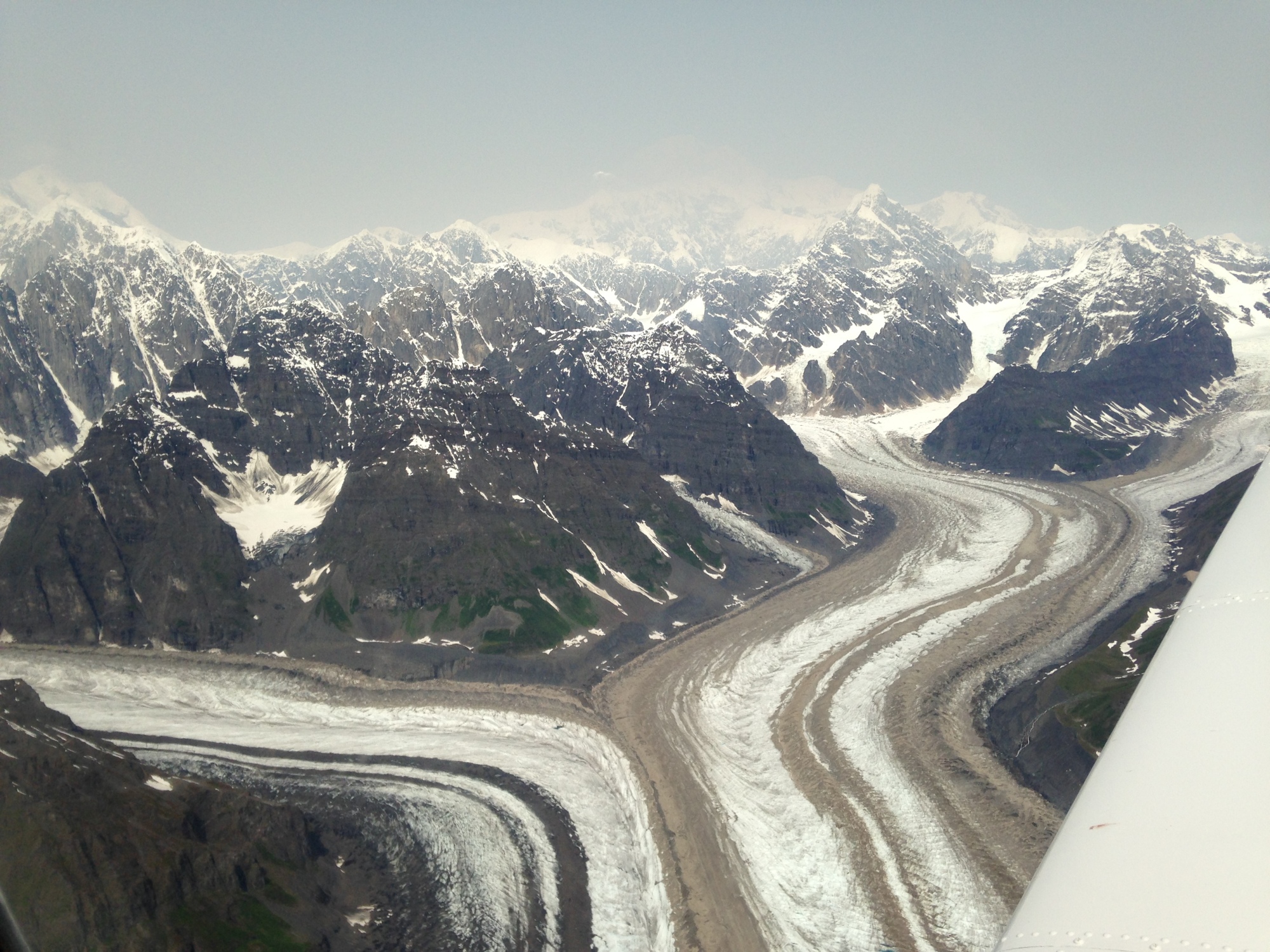 Recently while hiking Wolverine Peak, I met a fellow teacher and as we struck up a conversation, we found that both of us shared a passion for transformative power of wild places; that is, how the external forces of nature shape our inward selves. He and I were equally interested in finding ways to get our students outside and into the woods, into the mountains, with the hopes that these places would show them something vital about themselves. As he began to sense my own interests in writing about the outdoors and the extraordinary people I’ve met through various wilderness experiences in Alaska, he recommended several authors and publications which I’ve slowly been exploring since our conversation.  The following short piece is just one of the many good reads I’ve come across because of that chance encounter. It’s from Orion magazine and it’s called “Alaska” by Monica Devine, from a section called “Place Where We Live,” originally published on October 10, 2011.    Piloting and flying small planes in Alaska is something which continually fascinates me.

Notes on the photos: The title header is a photograph I took last summer while flightseeing in the Alaska range with K2 aviation out of Talkeetna. The photograph accompanying the sound file is a Cessna 180 which is currently tied down at Merrill Field in Anchorage.