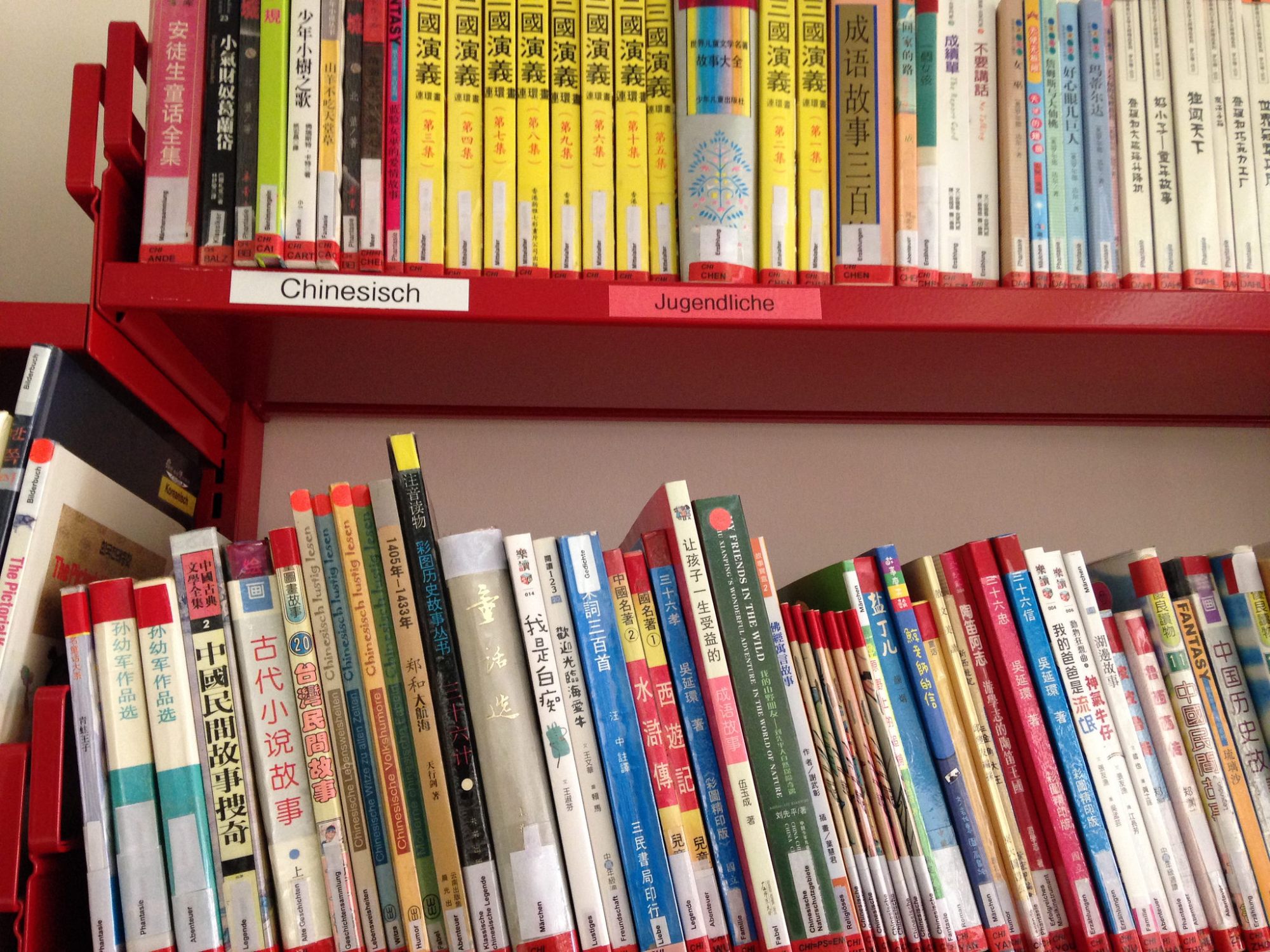 With a cardboard box stuffed with candies and cookies under one arm and a light bag for today’s excursion to Basel under the other, I crossed the street this morning and approached the Straßenbahn stop.   Hearing a Chinese woman speaking to her baby and little girl, I walked over to the bench and sat down to listen and wait for the next approaching streetcar.  The baby was nestled in a stroller and the little girl  was fiddling with the carriage, while her mother alternately scolded, questioned and chatted with her in Chinese.  The little girl, probably four or five, talked back in mumbly Chinese and a quiet voice.  When the little girl saw my box, she moved over and sat down next to me.  “Was ist das?” she asked, pointing at the box.

She looked at me with great interest.  “Und was machst du damit?”

“Schicken?”  That such an interesting box was going away seemed to disappoint her somewhat.  I tried to distract her with the pictures in my French book.  “Guck mal.  Was ist das?”

As I showed her the pictures in my book, she answered every question, knew the names of all the things I found to show her.  When I missed a picture, she made me flip back the page so she could do the one we missed.  When he mother glanced over at me, I smiled and shrugged, “Ich bin Deutschlerherin.  Ich arbeite mit Kindern.”

“Ah,” she replied to me.  “Ich dachte, so was macht auch meine Deutschlehrerin! Ah!”

The child must have been no more than five.  I was so entranced by the entire exchange, and so pleased that her mother was letting me have this splendid little conversation with her daughter, that when my streetcar came, I stood up as if in slow motion, and had to pull my concentration out of one zone and into another, check the board to make sure the car wasn’t going to take me to the far side of Freiburg, and then just as I was ready to push the button, I noticed all the other people were gone from the platform, and the streetcar started to pull away from the stop.  I sighed, and walked back to the bench, met the curious glance from the mother, and said, “Das war eigentlich meine Straßenbahn.”

So I spent a few more minutes speaking German with the little Chinese girl, took the next streetcar to the main train station, and hurried off to the post office to ship my box.