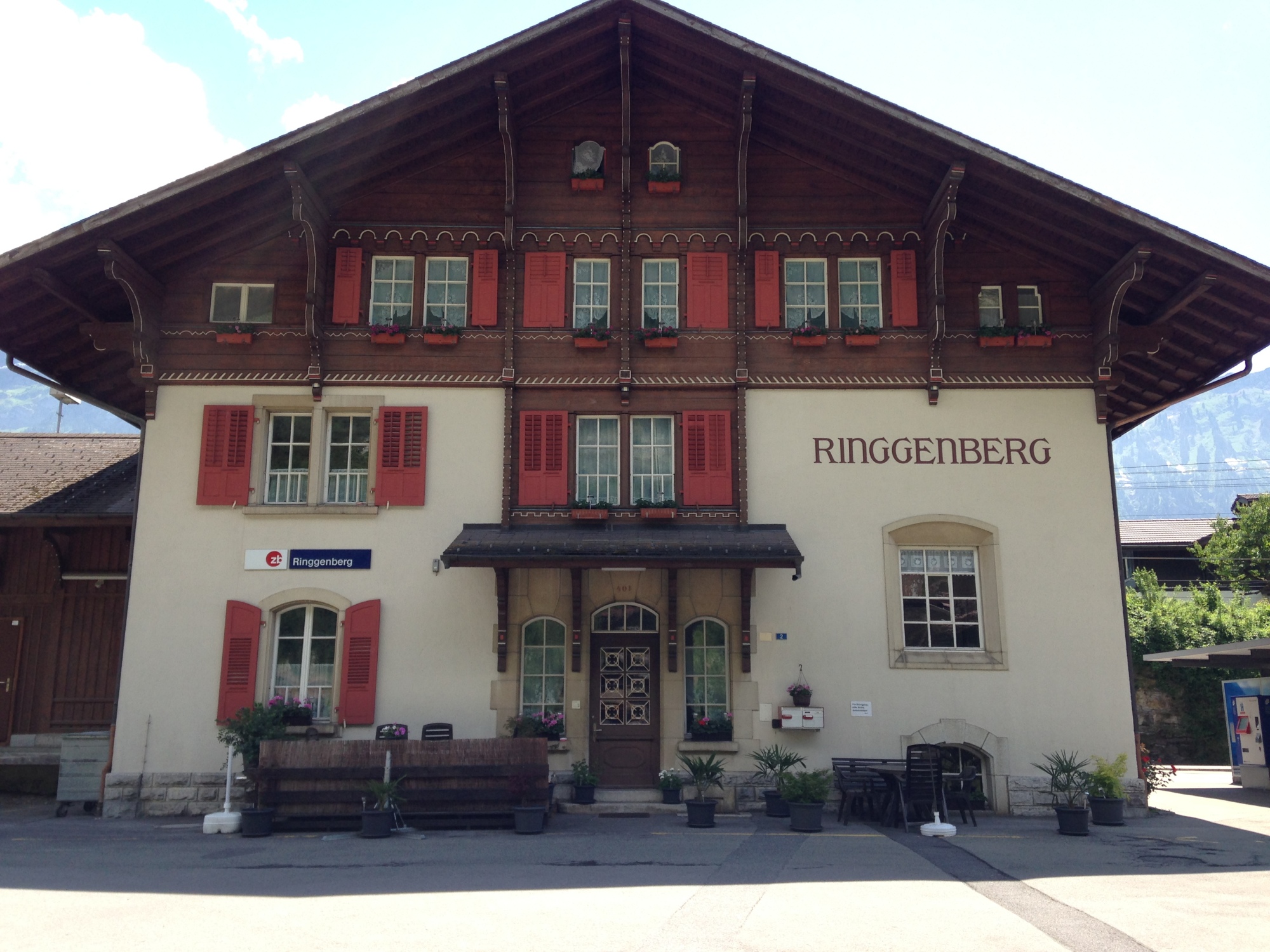 In Ringgenberg, I stopped at the castle.  This is the third time I’ve visited the village of my forefathers.  The first time was in 2005, just passing through on my way to a high alpine village south of Interlaken.  The second was a brief visit in 2007.  This time I hoped to be able to explore the castle ruins, as well as the church which is built atop its pale, ruggedly carved stone blocks..  My inner dialogue was leaning more and more towards ein ruhiges Mittagessen on the lakeside with a glas of Weißwein in the town of a legendary past.  I approached the low stone wall near a private residence and set my bike against it.  This was followed by a loud POP– the unmistakable sound of a burst tube. 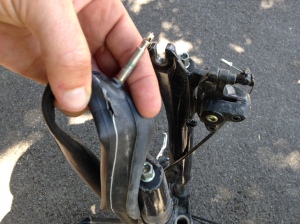 For just a moment, I wondered if maybe, just maybe it could have been anything else that made that sound.  I watched the tire slowly become limp and fat and finally slouch against the cement.  I knew a had a spare tube.  One.  Which meant that the next tube which decided to explode would leave me a stranded pedestrian pushing a floppy bike with a luggage rack.  Priorties had to change. 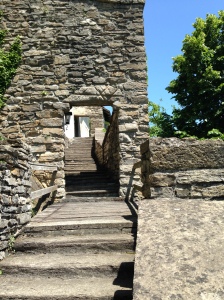 I walked up to see the castle, and took a few pictures, but my mind was already on getting to Interlaken and finding a Veloladen where I could buy two tubes and check the air pressure.  I took out my spare and changed the tube, avoiding the glances of two hikers who had decided to sit down and watch me work.   And not offer help.  Not like I really wanted it, but it would have been nice to be able to tell them no.   I had three different tools for changing a tube, but only one spare.  Brilliant.   And the tube wouldn’t patch– one look at it and I knew it wasn’t worth the trouble.  Luckily I had brought a pretty good air pump with me and changing the tube wasn’t a big deal.  With a wistful glance towards the Hotel Seeburg, thoughts of white wine, a view of the lake and exploring the rest of Ringgenberg, I began the descent towards Interlaken.    I guess I would just enjoy the view from the handlebars.