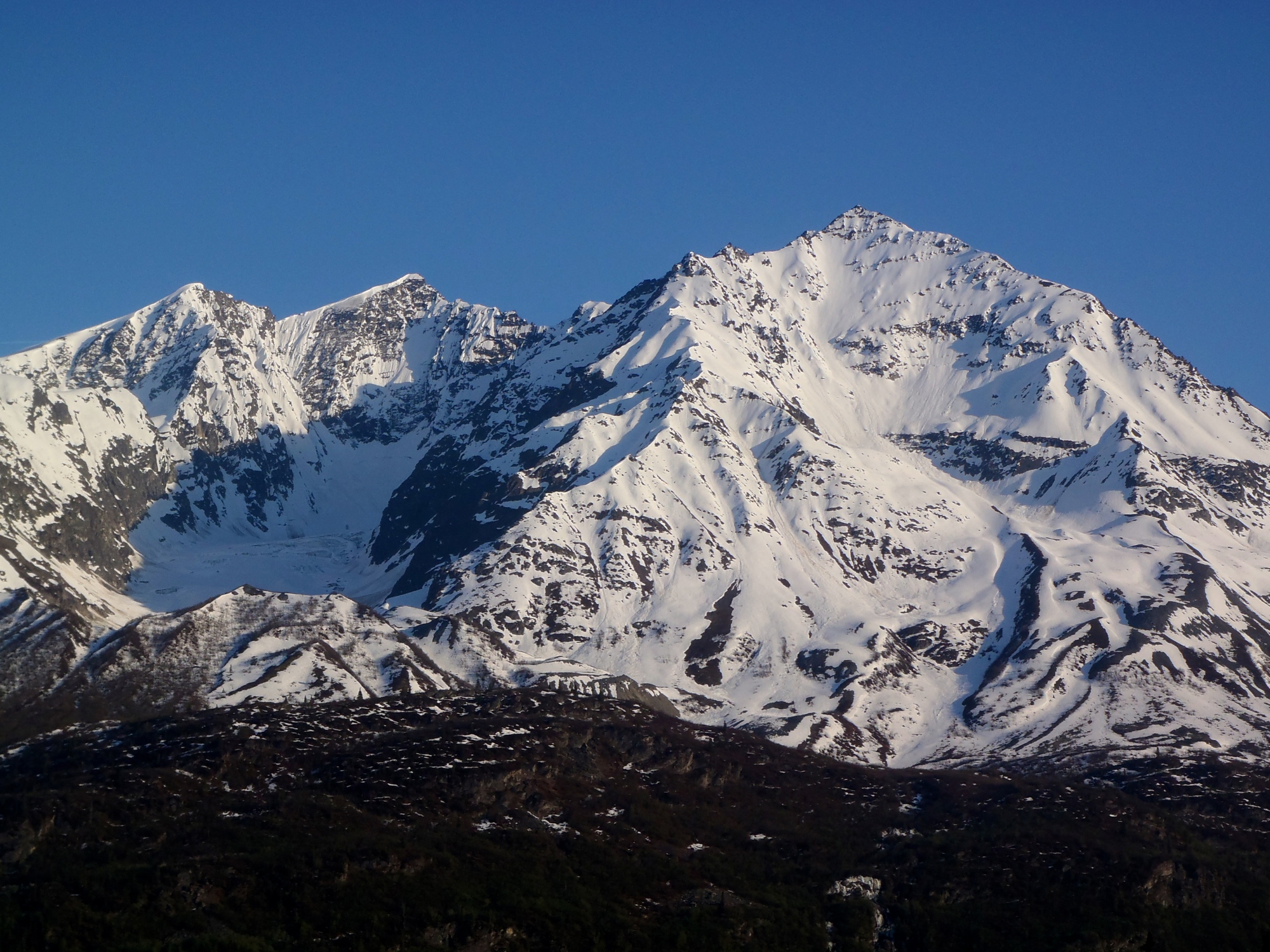 If Alaska is like a small town, then hitchhiking here is like asking your neighbors for a lift.  It’s fairly common to see people thumbing for a ride, particularly in spring and summer, as the weather warms up, every tree bursts into a different shade of green, and the festival circuit starts up.  If there’s a local band playing in a distant town, chances are there’s someone you know heading that direction– or a friend of a friend– with whom you can catch a ride.  So when I decided to head 300 miles to Valdez for the second annual rock climbing festival this Memorial Day weekend, I checked my social network to see if anybody wanted a ride.  I was contacted by Hope, a young woman coming up from Homer, whom I picked up in Anchorage, and by 3:00 we were following the motorized exodus down the Parks highway among kayak-laden Subarus, pickup trucks with four-wheelers strapped into the beds, Jeeps with bike racks and every third car sporting a cargo box stuffed with fishing gear.   Hope, originally from Valdez, had been renovating a boat with friends down in Homer and was heading back home again.   It’s hooligan season in Alaska, and the kings are running.  Anchorage goes empty; south to the rivers of the Kenai, north to the Matanuska or the Susitna.  And a small handful head out to Valdez to climb granite in the sunshine.

Driving to Valdez is one of the best decisions you can make in a car in Alaska.  It’s six hours of northeastward winding highway past snowy peaks, the Matanuska glacier, steep, rocky cliffs, Caribou Creek Canyon, Sheep Mountain, and wide green moorland spiked with the tall thin spires of black spruce trees.   No billboards.  The occasional cabin.  Then you finally hit the hub in Glenallen, which demands a stop for two very important reasons. 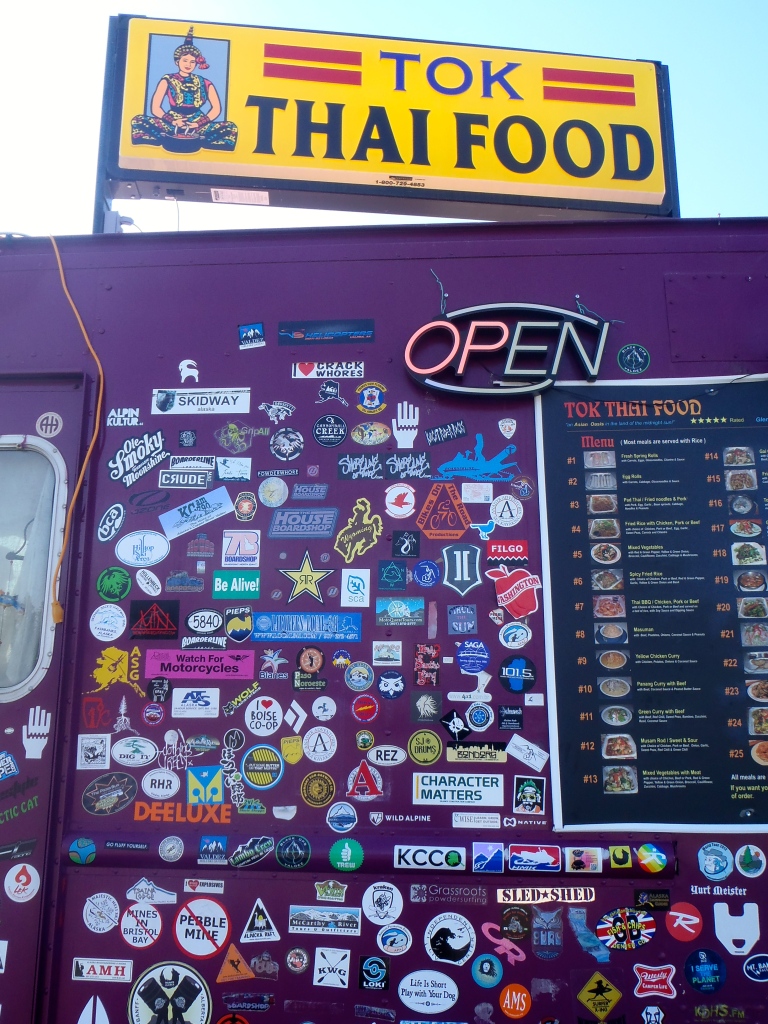 If you’re carrying an extra five gallons of gas in the back of your vehicle, like I do, then the second reason has priority over the first.  The same owners also run a buffet restaurant a little ways down the road, but who doesn’t love a food truck?   After four hours in the car, you find yourself willing to fork over $10 for steamy-spicy-pad-thai-goodness, and order a sugary-sweet, clove-and-cardamom-infused Thai iced tea.  Then it’s south by southwest around the Chugach to Thompson Pass, where the skiing is legendary, and the rest of the climbing crowd had set up a wicked slack line and split-log fire at El Primo Campsite.

My Jeep bumbled over rocky, muddy ground, splashed through an wide, black puddle and powered over a stony track to the summit of the ridge, where several other SUVs and a camper truck were already parked.  Hope and I joined the other climbers around the fire and watched the slack liners wobble a few steps forward, fall off, and hop back on  to try again.   Some familiar faces greeted me from the ice climbing festival in February, and some people were new, but we settled in, chatting and drinking, taking photographs, slack lining and watching the evening light slowly fade the brilliant colors of the alpine panorama to a gentle purplish twilight.  Sparks from the campfire flew upward.  A crescent moon hung over a white peak.   A plastic kayak full of climbers sledded down a snowy slope into a muddy creek bed again and again and again.  At the end of a long evening of camaraderie, beer, wet clothes, and a lot of gear talk, we each retreated into our tents , bundled ourselves into sleeping bags, and waited for the morning and the climbs to come.